I just wanted to share a new small issue that has happened to my TSDZ2 motor.

after noticing that my temperature reading was over 150 deg C and shutting down the motor as a precaution I had discovered that my motor housing has a small amount of moisture in it, literally a couple of drops, however this had made its way into the temperature sensor cable join that I added (I did it this way so I could easily switch between the temp sensor and throttle if needed). However since I put everything back together I started to have a think about the other issue I was seeing that I hadn’t really noticed until now.

My battery voltage was jumping up and down a bit even at standstill. Maybe be 1-2 volts. It was also reading lower than I expected it to as I recently fully charged it and had not ridden more than a few miles and it appeared almost empty.

So I got out my Power meter to check the voltage on the actual battery. 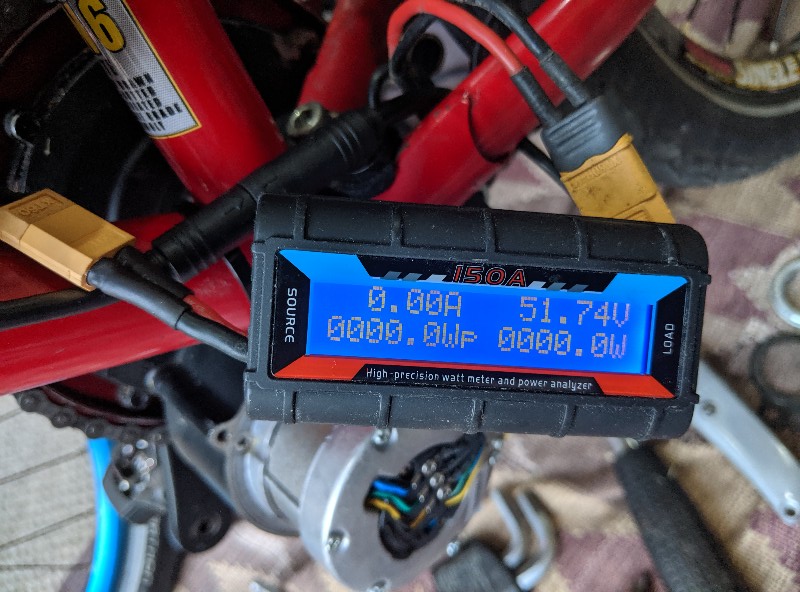 I began by measuring the voltage at each connector from the motor to the screen.. (in effect unplugging the screen

So you would think that the issue must be within the screen?

luckily I had another screen on another bike so i could quickly test that and exactly the same the screen shows around 45.5V and jumps around a couple of volts. Also you could clearly see the back light would flicker and dim when the battery voltage was dropping (still at 44v)

So I suspect the motor end , I mean i had just discovered water in the motor so its likely the same issue, and after further investigation i found the culprit… 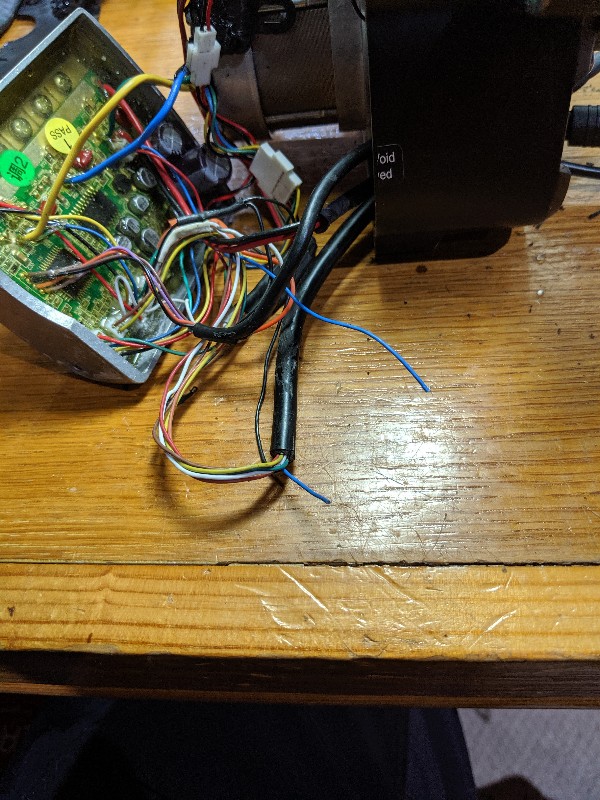 So the Blue cable (Battery voltage) wire had a small kink in it where it exited the motor housing and water must have made its way in and rusted to the core. Not to the point it was broken right through but enough to introduce a high resistance into the cable that would create a voltage drop of a few volts when the screen was attached drawing some current. More current with higher brightness. In my case by flexing the cables gently within the motor housing the week spot soon broke clean through and it was obvious. So I re-soldered the cable and used some heat shrink to fix it and its perfect again. 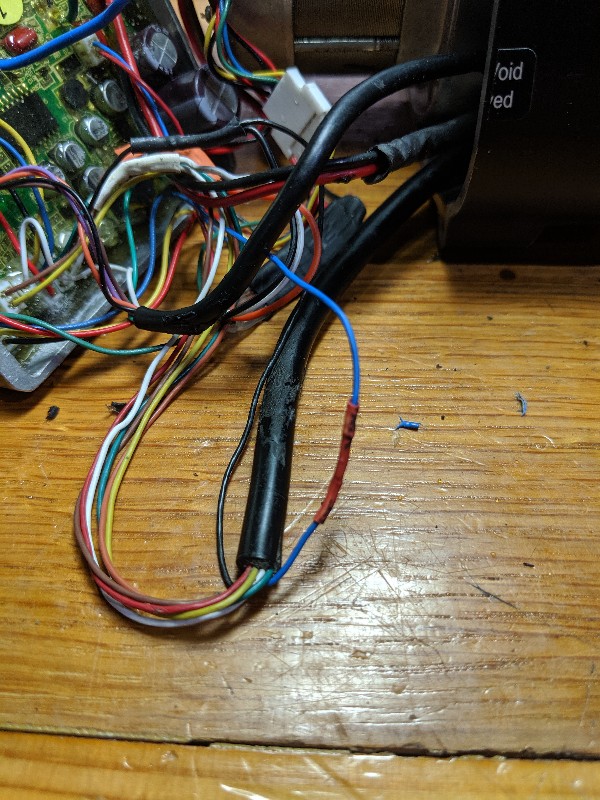 Well now knowing this there are some good tests you can perform if you see weird issues with the screen, to hopefully pinpoint any cable issue like this that is not as clear cut as an open circuit.

If there is a difference in voltage with the screen on and off then its likely you have a bad cable between the motor and the screen and start measuring resistance for the battery power and GND cable to see which has a higher resistance, then inspect the suspect cable to pinpoint the issue.

Hopefully may help someone else.

3 comments on “A small issue with my TSDZ2 motor and how I found and fixed the problem.”